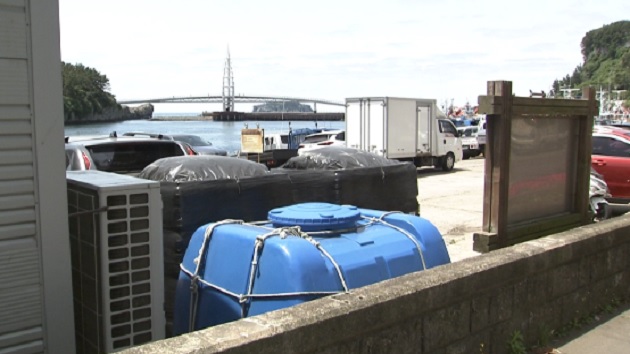 A tall metal fence that was blocking the magnificent view of Seogwipo Waters for 30 years has finally been removed, and will be renovated with a more aesthetic one.
Fishermen, residents and local groups had been at odds with the fence. Mike Laidman explains.


Located at Seogwipo Port, (새섬) Saeseom Island, along with another Seogwipo landmark, (새연교) Saeyeongyo Bridge, attracts newfound attention.
A metal fence that had run along the border of the fishing port for 30 years has finally been removed.
The removal of this high fence allows for the magnificent view of (새섬) Saeseom Island and the waters that surround it.


The 3 meter-high fence was built for safety and security reasons when the Seogwipo Port was designated as a trading port in 1991.


When most of the port’s facilities were removed from the security area list in 2017, the metal fence still remained, running 300 meters along the seashore.
Residents and local groups wanted the fence dismantled as it blocks the magnificent coastal views.

Fishermen and area residents were at odds over the removal of the fence. The fishermen argued that the fence played an important role in protecting their property.


The province ultimately decided to dismantle part of the fence, covering 200 meters, and built a 1.3-meter high safety fence as a first step following several consultations between groups and related organizations.

Seogwipo residents are now waiting to see if this landscape improvement brings about the positive changes they want.
Mike Laidman, KCTV