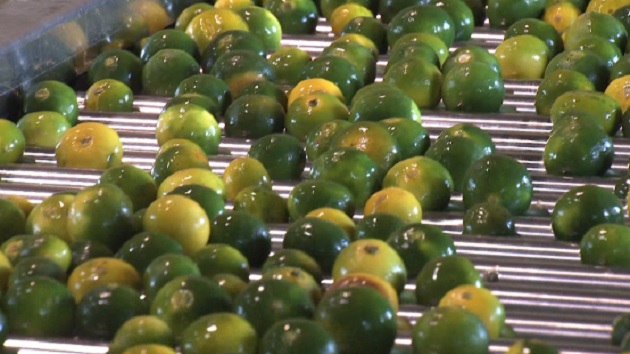 A major local food processing company is likely to withdraw its green mandarin beverage business due to its stalled sales. Though the National Agricultural Cooperative Federation is making efforts to boost the sales of the unripe fruit, sales continue to plummet. Joseph Kim reports.

The National Agricultural Cooperative Federation distributed 28.8 tons of unripe green mandarins through its retail supermarket, (하나로) Hanaro Mart, and big supermarkets last year.
That’s more than a 30 percent drop, compared with a year before when over 40 tons were sold.


The federation blames the fruit’s short shelf-life for the decrease in sales.

It says if the fruit is stored at room temperature for more than three days it turns yellow, and consumers return the fruit for a refund, and yellowish fruit is in poor demand.


To overcome the limitation, efforts are being made.


Once the limitation in storage is resolved, the role of the National Agricultural Cooperative Federation is crucial to boosting sales of the green fruit as the federation is actually wholly responsible for the distribution of fresh fruits through its massive distribution network.